Planes with four engines are increasingly becoming a casualty of the coronavirus pandemic:

Well, now it seems that another Gulf carrier may be heading in the direction of retiring its A380 fleet, at least based on reading between the lines…

Qatar Airways grounded its 10-strong Airbus A380 fleet back in March, and the airline has gone so far as to attack other airlines for flying the A380 right now, calling it “unethical.”

That being said, we haven’t heard much one way or another about when we should expect the A380 to return to the skies at Qatar Airways.

Well, Qatar Airways CEO Akbar Al Baker made some comments about the future of the A380 during FlightGlobal’s Airlines 2050 Conference yesterday. Al Baker said that:

A few more things to note about Qatar Airways’ A380 fleet: 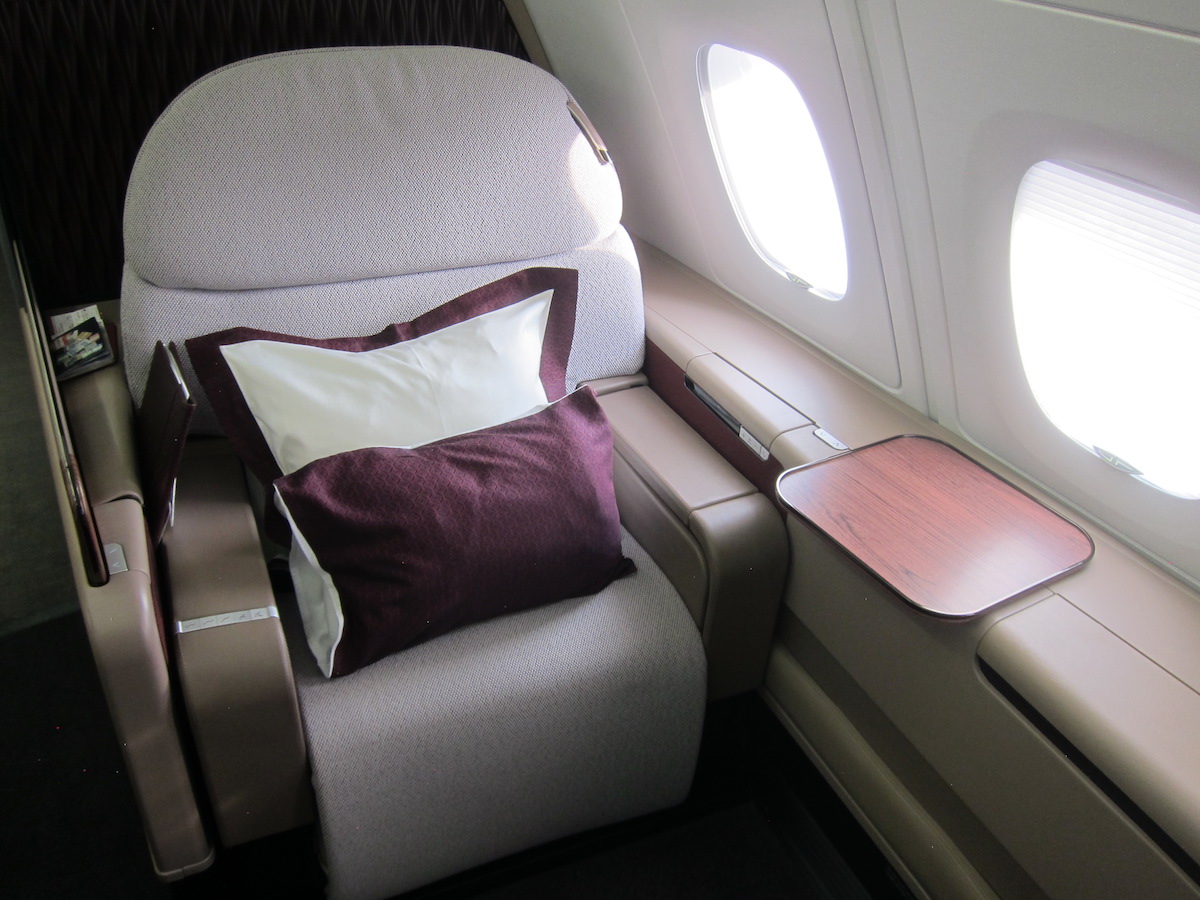 Why I think Qatar Airways’ A380s may never fly again

While the airline is trying to defer delivery of as many of these planes as possible, realistically the airline will be getting dozens of new planes per year within a few years:

Qatar Airways has dozens of 777-9s on order

Personally I think it’s more likely than not that Qatar Airways will simply end up retiring its A380 fleet. The airline simply has so many long haul aircraft on order that it’s hard to imagine any sort of growth trajectory where having A380s again would make sense. Never mind the fact that the airline wasn’t particularly happy with A380s even pre-pandemic.

Qatar Airways’ CEO claims the airline won’t fly A380s for at least another couple of years. That’s not surprising, but if that’s the case then it also seems highly likely that the plane just won’t make a return at all.

The airline has over 100 wide body aircraft on order, many of which are to be delivered in the next few years. Even a recovery to 2019 levels won’t be sufficient to sustain A380s — the airline needs huge growth beyond that for the super jumbos to make sense again.

What do you think — is this the end for Qatar Airways’ A380s?

The post Will Qatar Airways’ A380 Fleet Ever Fly Again? appeared first on One Mile at a Time